Where next for Boris: Do shifting sands mean yet another policy pivot? 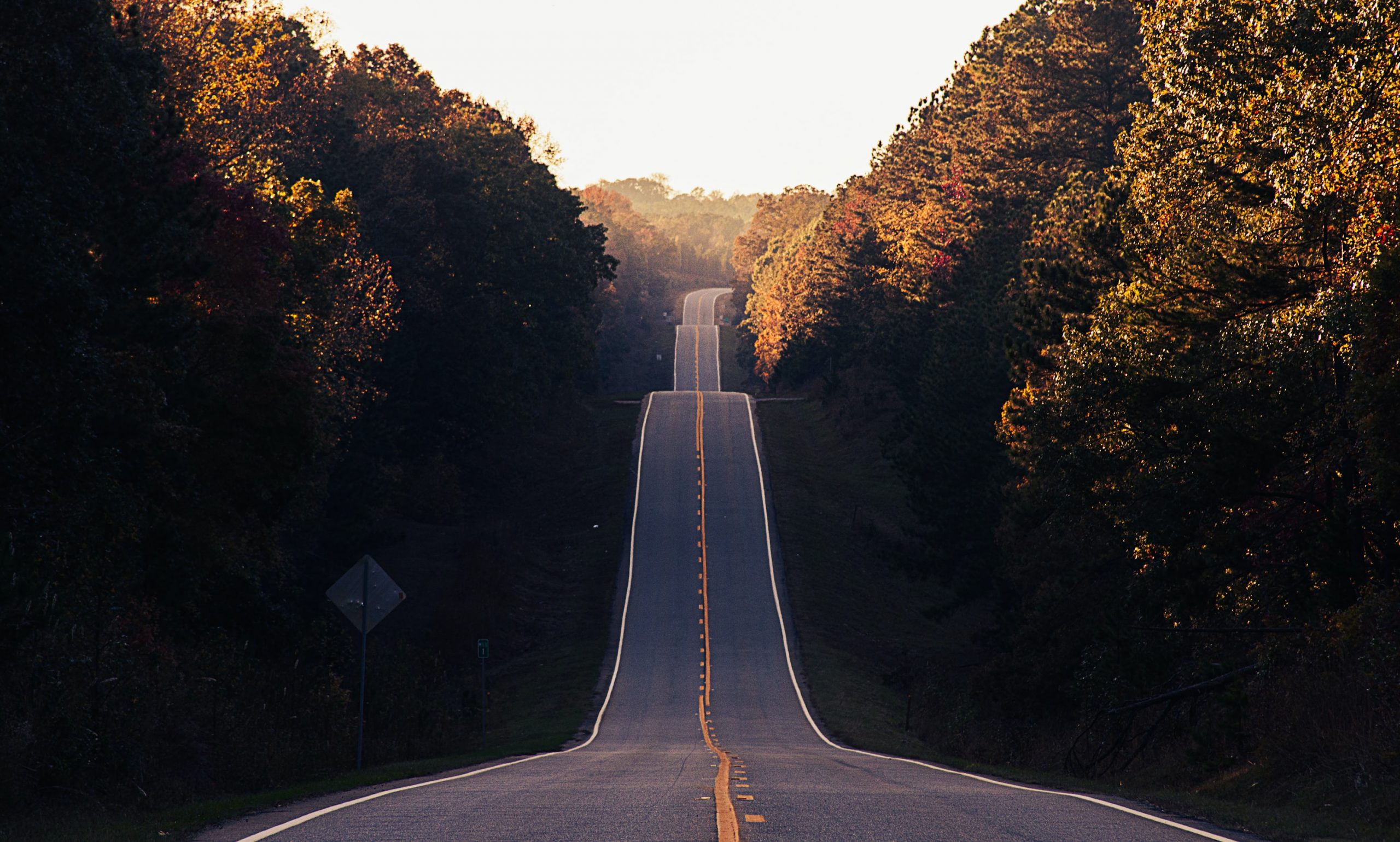 After Monday’s vote, the Prime Minister soldiers on. It came with the high price of a dented ego and a brand-new policy platform rushed out just before the vote. So, what is this new policy platform and what does it mean for business? 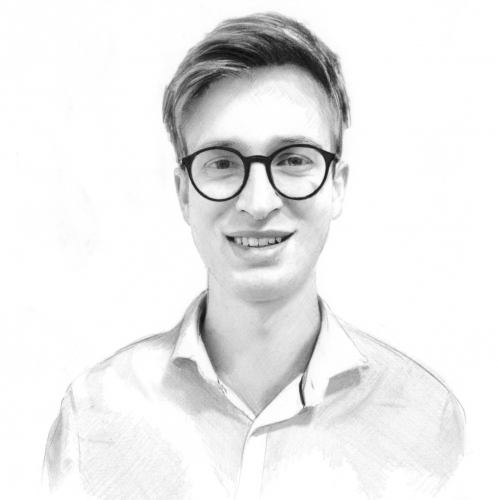 Where are we now?

Boris Johnson may have survived Monday’s confidence vote, but he will lead a divided party moving forward.

This is tricky but manageable, especially as the confirmed rebels range across the ideological divides in the party. They dislike the Prime Minister for a variety of reasons: some due to policy such as taxation, some due to personal conduct and some simply for his personality or long-held grudges. There is not a uniting cause as yet, nor was this united in its attempt – Sir Roger Gale admitted his letter went in during the Dominic Cummings/Barnard Castle Affair.

Furthermore, it leaves the Conservatives with a policy problem. Many have pointed out that it is hard to please everyone in politics. Boris Johnson’s 2019 election victory sought to override that and please voters across the country with a one nation platform. Boris Johnson has always been a political chameleon but now, he has had to shift again. But where to?

In his appeal to Conservative MP’s on Monday the Prime Minister doubled down on the rightward shift in Conservative policy making that began with the reshuffle in February. There was a distinctly Thatcherite feel to the promises he made to wavering Conservative MPs. In distinct juxtaposition to his left-leaning tendencies and big state rhetoric of the last few years and even weeks. The calculation from Johnson and the increasingly influential David Canzini, the No10 Deputy Chief of Staff, appears to be that while the centre-right remain-leaning wing of the party may be lost, the more right-wing rebels dissatisfied with high taxes and the push for net zero can be brought back from the brink.

Johnson’s speech, leaked in full to the FT, centred on plans to tackle the cost-of-living crisis through a tax cutting, deregulatory approach aimed at stimulating investment and growth. Alongside this the Prime Minister also pledged to encourage home ownership, reduce energy prices, cut civil service numbers and defend the Union.

Financial Deregulation – Some elements of this deregulatory agenda are fairly advanced with the Treasury consultation on the plans for reform of Solvency II already opened, and MiFID rules currently being revised. Elsewhere the Government is planning on introducing the Brexit Freedoms Bill, which would make it easier to amend or remove retained EU law, in the Summer. However, it’s unclear what exactly the Government plans to do with this power.

Tax cuts – The Government’s plans for tax cuts remain far more uncertain especially given the political capital already expended in raising taxes to their current near historic highs. A full volte-face would likely lead to the departure of the Chancellor Rishi Sunak who has staked his reputation to fiscal responsibility and corresponding tax rises. A fully committed Government could cancel the increases to corporation tax and national insurance as well as bring forward the income tax cut.

Reducing the size of the State – Cuts to Government spending are key to any hope of tax cuts from the Government. It has been widely reported that the Prime Minister asked at Cabinet for ministers to bring his cost-cutting options. He has already pledged to cut the number of civil servants by 91,000 or 20% of the total.

Home ownership – The Prime Minister’s plans to encourage home ownership are expected to be announced this Thursday with media reports indicating that this will primarily be driven by new plans to expand right-to-buy for housing association tenants. While such a policy would likely prove popular it would only be a limited solution to the housing crisis, especially given that demand for housing association properties far outstrips supply. Unless the Prime Minister revives shelved plans for planning reform it’s hard to see substantial progress being made.

Energy Prices – On energy prices the Government has already taken considerable steps to reduce the burden of bills but there is little it can do in the short term to affect the global energy markets. Even if the Government reconsiders its Net Zero objectives and turns towards fossil fuels this reorientation will take considerable time. The Government could grant permission for previously rejected UK oil and gas extraction projects to be revived as some Conservative MPs have called for.

The Union – The Government’s plans for the union outside of a potential confrontation with the EU over the Northern Ireland protocol are distinctly unclear. The threat of the break-up of the union seems far more like a tool to encourage party unity than it does a serious policy issue which the Government aims to tackle. Still the Government could take a more confrontational approach with the EU in an effort to appease the party right.

All of this leaves Boris Johnson in the unenviable position of trying to deliver tangible benefits to voters while balancing a major policy shift and a rebellious party. By shifting the focus of his government to save his premiership, Johnson has gambled again. Another pivot cannot be ruled out.

If Mr Johnson is to avoid leading the Tories to a calamitous defeat in the next election, he will need to show a degree of grip and focus that has been largely absent so far in his premiership, even under his present third team of advisers.

Yet the danger is that his authority has been so badly dented that he will find it increasingly hard to get anything done. The temptation instead will be to continue to seek to shore up his position by seeking to foment new divisions, whether by fostering culture wars at home or stoking new conflicts with the European Union, or indeed launching fresh assaults on British institutions.

At a time of unprecedented challenges facing the country, that would be a mistake. The public would be unlikely to forgive such a profound lack of seriousness.

There is no external force forcing the prime minister to do something controversial that splits the Conservative party in parliament, and Johnson himself shows no indication or hunger to do so. This is a government that has had three anti-obesity strategies and has U-turned on everything from fracking to conversion therapy to lockdown to planning reform to energy security. If Johnson is planning to go down in some kind of death-or-glory plan to reform some part of the British state, he has kept that instinct well-hidden thus far.

With a few honourable exceptions, the majority of Tory MPs did not drive him from office for the honourable reason of wishing to restore dignity in Downing Street.

They did so because he had gone from being an electoral asset to ballot box poison.

The Prime Minister will try to limp on, but he will struggle to shake the sense of doom that now engulfs his premiership

Losses in the Tiverton & Honiton and Wakefield by-elections could seal his fate. Even if he survives those hurdles, he will be leader of a party that is ungovernable.

It is as bad a result as any victory can be. With 148 Tory MPs voting to remove him as leader, Boris Johnson has more than two-fifths of his colleagues saying he should go. He has done significantly worse than Theresa May in her leadership contest. She was gone within six months.

Yet there is no further mechanism for forcing Johnson out soon. Under the current rules he is now safe for a year, though rules can be changed. Rebels may regret not having waited until the two by-elections later this month that many expect the party to lose.

As rebel MPs determined to oust him are likely to point out at the earliest opportunity, those 148 rebels dramatically outnumber Johnson’s working majority of 75.

While they are not a coherent group of zealots, of the kind that ultimately saw off Theresa May over Brexit policy, his detractors do share a set of concerns they may now feel emboldened to pursue more vocally – including by withholding their support in the voting lobbies.

Meanwhile, though, Johnson is likely to continue to face low-level guerrilla warfare from disgruntled backbenchers, of the kind that ultimately made May’s life in Downing Street all but impossible.

So for the time being, Johnson is safe – but the outcome is anything but a ringing endorsement of the man who led his party to a crushing electoral victory, little more than two years ago.

The Prime Minister was up early walking his dog Dilyn this morning after a major revolt by Tory MPs who want him thrown out of No 10 over partygate, plunging poll ratings and concerns over rising taxes and his multi-billion-pound green energy plans when ordinary Britons are struggling to pay the bills.

On a dramatic day at Westminster yesterday, Tory MPs voted by 211 to 148 to say they had confidence in Mr Johnson continuing as Prime Minister – but the result leaves him politically wounded and battling to win back the confidence of his colleagues and the country.

The Prime Minister was up early walking his dog Dilyn this morning after a major revolt by Tory MPs who want him thrown out of No 10 over partygate, plunging poll ratings and concerns over rising taxes and his multi-billion-pound green energy plans when ordinary Britons are struggling to pay the bills.

On a dramatic day at Westminster yesterday, Tory MPs voted by 211 to 148 to say they had confidence in Mr Johnson continuing as Prime Minister – but the result leaves him politically wounded and battling to win back the confidence of his colleagues and the country.

The problem for Johnson is that the issue here is about him, not policy. So, it is not as if a shift in position on a few topics could allow him to win the rebels round.

Indeed, when you consider what many of the rebels have said publicly today it is pretty much impossible to see how they could stand as Tories at the next election if Johnson is still leader.

We are now in a world where there will be constant speculation about whether the 1922 committee will change the rules to allow another confidence vote within the next 12 months.

If you would like to discuss this piece or have more general enquiries about how Montfort can support you across policy and public affairs, please contact the team on publicaffairs@montfort.london