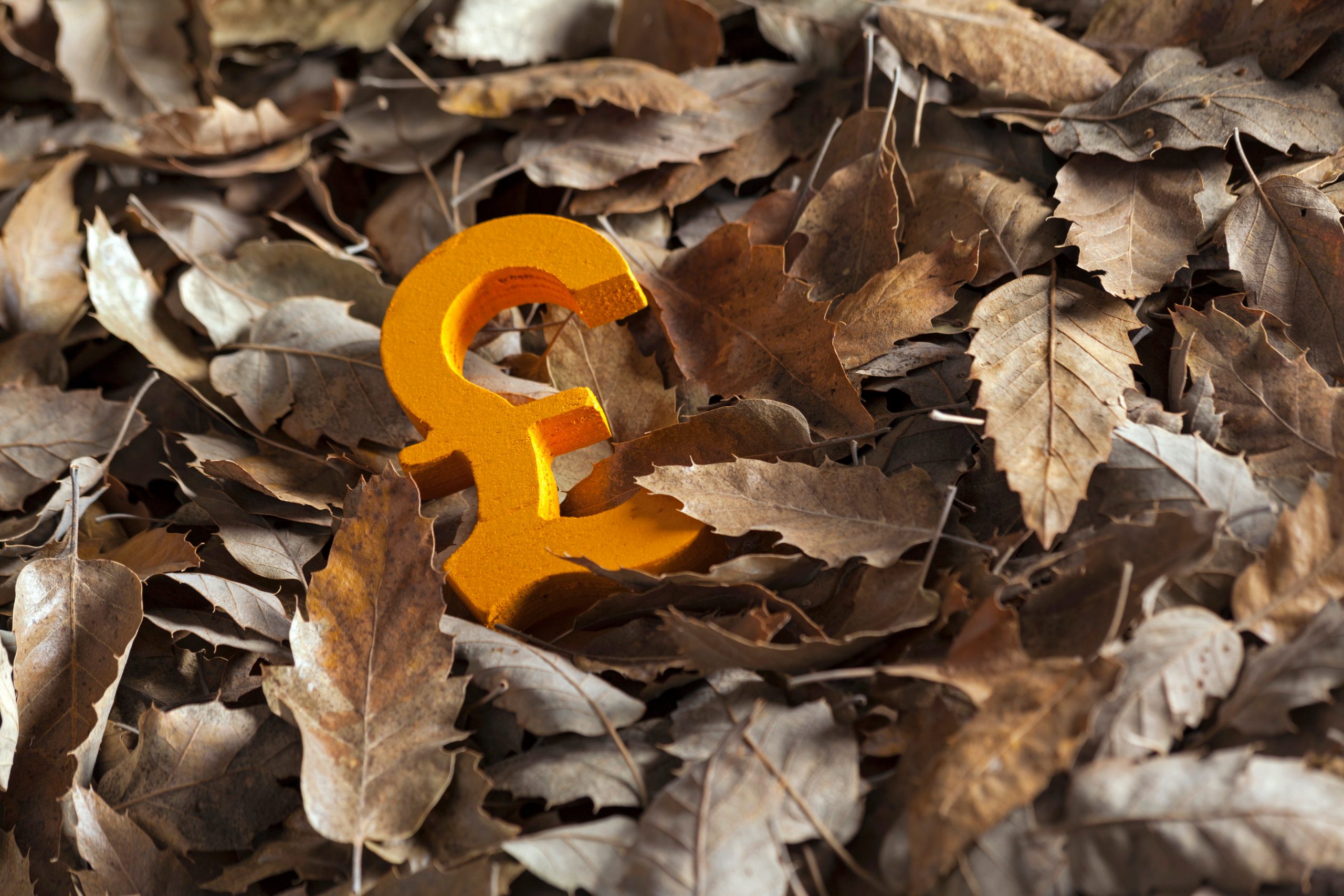 The question for this Chancellor has always been: how to get out of this mess? The Chancellor has blamed everyone but the Conservatives and chosen stealth taxes and cuts. The answer is not as black and white as this Government would have us believe and that spells trouble down the line.

Jeremy Hunt coolly and assuredly framed this budget as a response to a global crisis. He set out three focus areas to tackle the problems: fiscal stability, economic growth and protecting public services. It would become clear over his time at the Despatch box that stability through tax was the priority with most tax thresholds for business and individuals frozen (income, VAT, inheritance, NICS) and allowances cut (dividends and capital gains).

Further, the Chancellor continued that this budget was one of balance where the wealthiest pay more. Yet, under the surface this budget hits everyone. After today, everyone working will see a negative impact on their incomes from those being pulled out of the personal allowance by inflation to middle income families going into the 40p rate.

There was little to nothing for business to be excited about, if anything this was an Autumn Statement that made the cost of doing business more expensive and put pressure on their workforces. The argument goes that a stable economy supports growth. But, it is very hard to see the measures curbing inflation in a meaningful way or tackling the productivity issues businesses face. There was nothing on job shortages or migration. There was nothing on supporting investment. There was a huge Windfall Tax on energy producers and electricity generators through to 2028.

The only things of almost comical note were vague promises of the UK becoming the next Silicon Valley and a Sir Patrick Vallance-led (of Vaccine Rollout fame) commission on promoting key growth industries (digital technology, life sciences, green industries, financial services, and advanced manufacturing). Financial Services were regularly mentioned and championed with no meaningful measures attached and then suddenly a promise to publish plans for Solvency II reforms (finally!).

The winners were Education and the NHS who were respectively gifted £2.3bn and £3.3bn additional annual funding. To echo a point made by Andy Sylvester, Editor of CityAM, Britain is becoming “a health service with a country attached”. Pensioners also kept their ‘triple lock’ delivering inflation linked rises to pensions as expected.

This was really a budget of smoke and mirrors that dodged the glaring issues of economic and productivity growth. Nominally, taxes have not been raised and budgets have not been cut. Yet nearly everything is being frozen meaning real terms tax rises for people and businesses and squeezed budgets for public services. For example, we were told that R&D funding was being protected but scratch the surface it was only in cash terms. dig deeper still and R&D tax relief is being reformed to achieve “value for money”

Whilst clearly this all comes from a genuine need to reduce the deficit (though we have the lowest debt to GDP ratio in the G7), there has been wide ranging discussion in the build up to today about to what extent and why. It has been framed by the Government as a choice between stability and risk but there has been a growing voice amongst businesses and economists over the long-term costs of today’s taxes and cuts to Britain’s economic prospects. Put bleakly some like Ryan Bourne have called the focus on the ‘fiscal black hole’ a “guesstimate of what’s needed to hit an arbitrary target”. Only reinforced by the fact that Hunt changed the rules moving his ‘black hole horizon’ by two years to get debt falling after five years.

Rachel Reeves performed well in Labour’s response to the Budget. She was very clear that this is a Conservative mess and the pain the electorate is about to feel is a result of the choices the Conservatives have made. She was right to question the record on investment and growth and will have more ammunition over the next few years. With so little depth to areas around growth and investment in today’s budget, the Government has successfully put Truss behind them, but they have opened up a new Labour flank.

It is a political judgement whether you think Labour are on shakier ground with spending and borrowing. They certainly look less the party of fiscal responsibility that they were for the last three months. The question is whether that matters by 2024. There are MPs on both sides of the house that disagree with this Government’s rigid focus on spending and taxes.

Today’s Autumn Statement will frame the remaining years of this administration and the next General Election. It begs the real question: politically, how long can an electorate take paying more for less, regardless of the size of your shoulders?

I dislike the use of currency movements as political analysis but for those so keen on its role as a tool for insight over the last few months: the pound is down.

* Corporation tax increase from 19% to 25% will go ahead
* The additional rate threshold for income tax will be reduced from £150,000 to £125,000
* 13.6 billion package of support on business rates including a “transitional relief scheme” for SMEs backed by the FSB, BRC and CBI, which will include:

* Freezing the multiplier in 2023-24
* 75% relief for Retail, Hospitality and Leisure sectors in 2023-24, up to £110,000 cash cap three-year transitional relief to limit bill increases at the revaluation
* Three-year supporting small businesses scheme for properties losing Small Business Rates Relief or Rural Rates Relief
* Delay improvement relief by one year to April 2024

* Mr Hunt extended the four-year freeze in national insurance, income tax and inheritance tax  thresholds and allowances until 2028, which will drag millions more people into the income tax system for the first time or into higher tax bands
* Total departmental spending will grow in real terms at 3.7% a year on average over the current Spending Review period
* The National Insurance Secondary Threshold will be held at £9,100 until April 2028.
* New global tax agreement will generate over £2.3 billion a year from multinational corporations.
* Councils to be given power to raise Council Tax by up to 3% per annum without a local referendum
* The VAT threshold has also been frozen
* Online Sales Tax scrapped
* Reforms to Research and Development (R&D) tax reliefs –

* The Chancellor announced that the Government will be reducing the capital gains tax free allowance from £12,300 to just over £6,000 then £3,000 from April 2024
* The Government will reduce the dividend allowance from £2,000 to £1,000 from April 2023 and then £500 from April 2024
* Annual Investment Allowance will be permanently set at £1m from April 2023
* Changes to the Bank Corporation Tax Surcharge which are legislated to take effect from the from April 2023 will go ahead. Banks will be charged an additional 3% rate on their profits above £100 million
* To address Capital Gains Tax avoidance, the government will legislate in Spring Finance Bill 2023 so that shares and securities in a non-UK company acquired in exchange for securities in a UK close company will be deemed to be located in the UK.
* The government has today published its consultation response setting out the final reforms to Solvency II setting out plans to:

*cut the risk margin significantly, with a 65% cut for long-term life insurance business;
*maintain the existing methodology and calibration of the fundamental spread, while allowing for the use of notched ratings; and
*increase investment flexibility by overhauling eligibility rules for the matching adjustments; and
*remove red tape lingering from the EU, which imposes unnecessary burdens on firms, restricting innovation in our vibrant market.

* The Government highlighted low carbon, reliable energy as part of its gorwht plan – seeking energy independence and efficiency.
* The Government is increasing the windfall tax rate from 25% to 35%, extending it by two years so that it would run until 2028 and extend it to electricity generators. This is projected to bring revenues for the tax to £40 billion over five years
* 45% tax on electricity generators from 1 January 2023 to 31 March 2028
* The Government has also announced that investment allowances will be extended to energy generators
* The £1.4 billion a year earmarked for social housing decarbonisation has been cut
* The Chancellor announced that the price cap will £3,000 from 1 April 2023 to 31 March 2024
* Alongside direct support, The Government set out a national ambition to reduce energy consumption by 15% by 2030
* Confirmed that Sizewell C would go ahead, with contracts with EDF to be signed in the coming weeks.
* £6 billion of new money would be invested in energy efficiency measures, from 2025.

* Round two of the levelling up fund, which will at least match the £1.7 billion value of round one, will be maintained
* New devolution deals bringing newly elected mayors to Suffolk, Cornwall and Norfolk, with an area in the north east to follow shortly.
* Enhanced devolution deals with the Greater Manchester Combined Authority and the West Midlands Combined Authority
* A changed approach to investment zones, which would be centred around universities in left behind areas to help build clusters for new growth industries.
* The first decisions on investment zones will be announced ahead of the spring statement.
* Stamp duty cuts announced in the mini-Budget will remain in place until 31 March 2025.
* The Government will cap rent increases in the social rented sector under inflation next year, at 7%, saving families an average of £200 for households.

* The Government will  deliver Northern Powerhouse Rail, HS2 to Manchester and East to West rail.
* New infrastructure such as roads, train lines and communities will be safeguarded by over £600 billion in capital investment over the next five years. .
* The Treasury is to require owners of electric vehicles to begin paying Vehicle Excise Duty (VED) from the 2025/26 financial year.

* The Department of Health and Social Care and NHS will publish an independently verified workforce plan, outlining the number of doctors, nurses and other professionals needed in 5, 10 and 15 years, taking “full account” for the need of better retention and productivity improvements.
* Delay implementation of Dilnot reform (social care cap) for two years, re-allocating funding to local authorities for care packages.
* Additional £1 billion grant funding for adult social care this year, and £1.7 billion next year.
* Greater council tax flexibilities to divert funds for social care.
* Former Secretary of State for Health and Social Care Patricia Hewitt to advise on how to ensur Integrated Care Boards operate efficiently and with “appropriate autonomy and accountability”.
* Increased NHS budget by £3.3 billion in each year for the next two years.

* The core schools budget in England will receive £2.3 billion of additional funding in each of 2023-24 and 2024-25
* He has appointed Sir Michael Barber to advise him, and the Education Secretary, on the implementation of the Government’s Skills Reform Programme.
* VAT would not be introduced on independent schools