Getting Britain Back to Work Survey 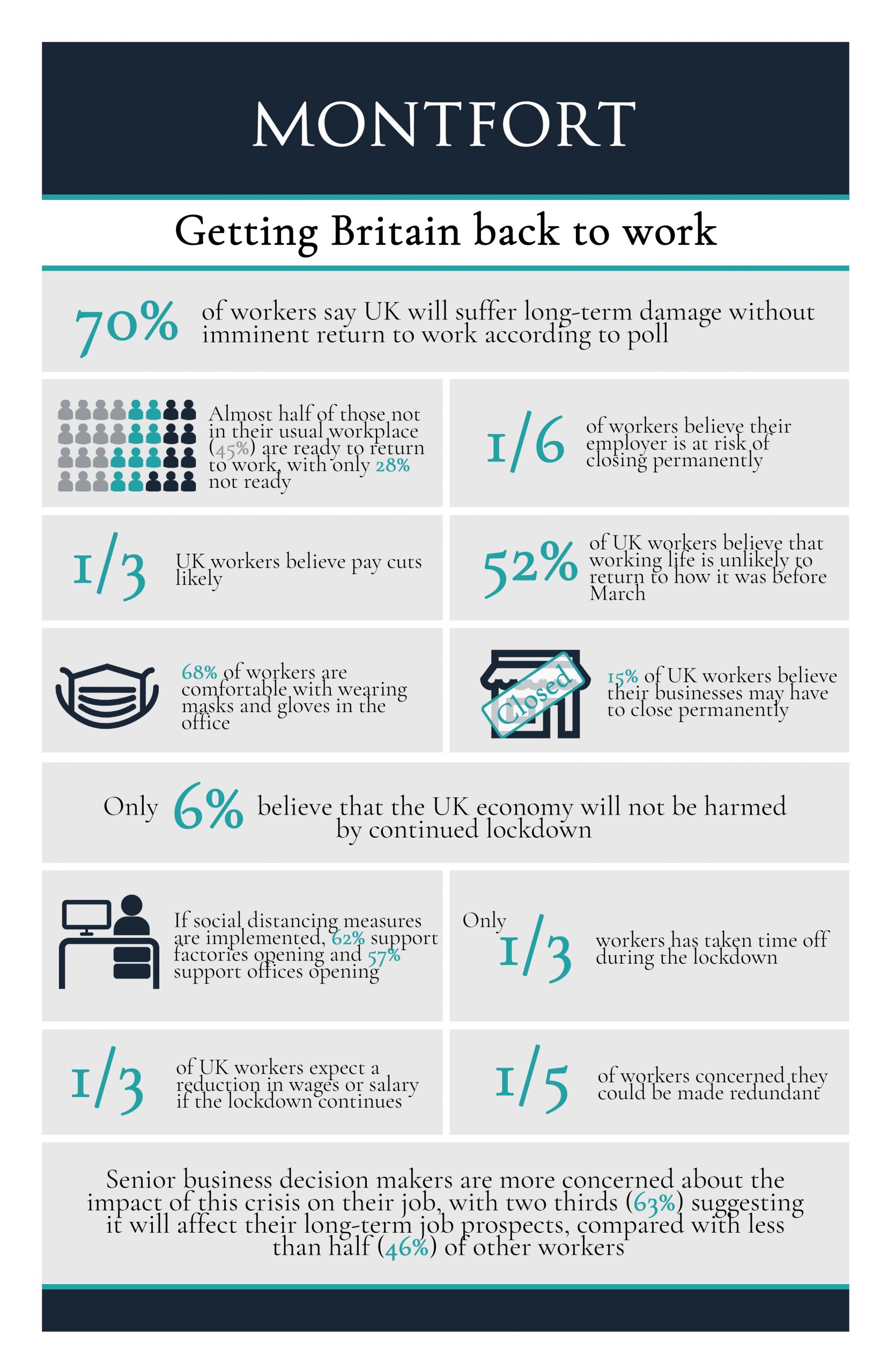 A major poll commissioned by Montfort Communications, and conducted by Opinium, has revealed that the UK workforce is deeply concerned about the lasting economic impacts of the lockdown. The poll suggests that UK workers support a quick return to work or fear they will experience significant personal impacts. Only 6% of those polled believed that the UK economy would not be harmed by continued lockdown.

Almost half of those not in their usual workplace (45%) are ready to return to work, with only 28% not ready. If social distancing measures are implemented, there is majority support for a range of workplaces to start opening again imminently, including Garden Centres (64%), Factories (62%) and Offices (57%).

When asked about the effects of an extended lockdown to personal income 81% of those who feared a pay cut said that said it could happen by mid-July.

‘These findings appear to show a major sea change in attitudes and tend to contradict recent polls suggesting the general public does not support a speedy return to work’, said Nick Miles, a founding partner of Montfort Communications.

Of those not unready for an imminent return to work the key factor is fear of catching the virus in the workplace (59%) rather than the commute to work (38%). 68% of workers are comfortable with wearing masks and gloves in the office.

The poll also revealed that 52% of UK workers believe that working life is unlikely to return to how it was before March.

“British workers appear to be ready to play a direct and immediate part in kickstarting an economic restart, and are prepared for major changes in the life of work to begin the process” said Miles.

The poll was commissioned by Montfort, a leading business consultancy. 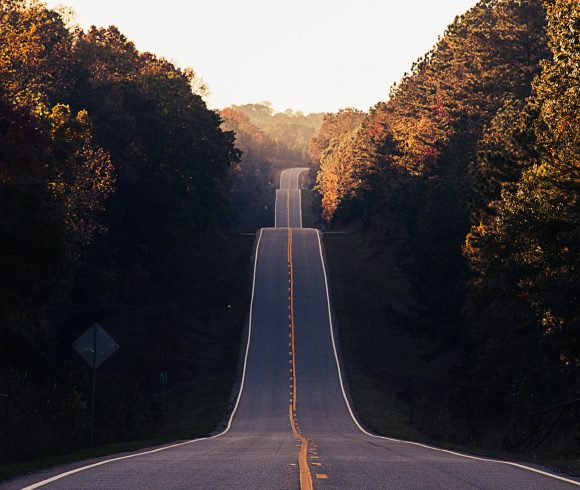 In-depth: What do British workers think about going back to their workplace?

Montfort Communications has commissioned Opinium to conduct research into how UK workers feel about going back to their place of work in light of Covid-19. The research was conducted on 1-4 May 2020 and included interviews with 4,000 workers from across the UK. 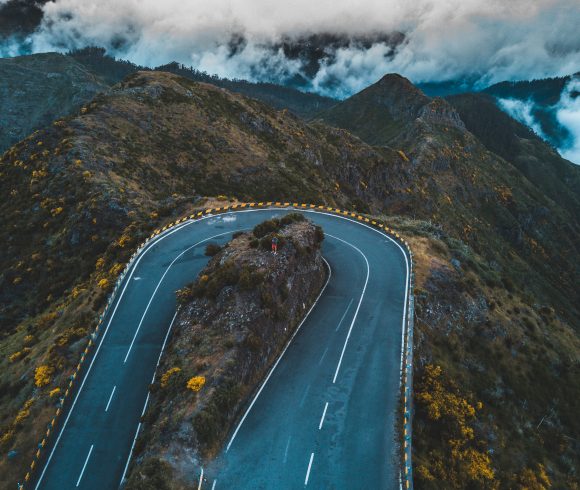 Preparing for the post COVID-19 return to the workplace

Following Boris Johnson’s speech to the nation on Sunday night we are entering a new phase in the fight against Covid-19. The data now shows we are past the peak of the epidemic here in the UK. The debate has shifted towards the return to work. Montfort has commissioned its own research “Getting Britain Back to Work” (conducted by Opinium) which shows almost half of those not in their usual workplace (45%) are ready to return to work, with only 28% not ready. If social distancing measures are implemented, there is majority support for a range of workplaces to start opening again imminently, including Factories (62%) and Offices (57%).